At the request of so many of you, I am updating my blog!  Thank you for your kind thoughts and suggestions.  I admit I broke the biggest blogger sin by setting this up and then got too busy to keep it fresh and fun.  And I seriously hope this won’t be the 5th non-post I’ve tried to complete in the last few months, haha!

ADGreenroof was recently interviewed and featured in the St. Paul PioneerPress!  WOW.  How cool is that?! I met with the reporter, Nick Woltman,on a very cold polar vortex day for a formal interview; and he followed 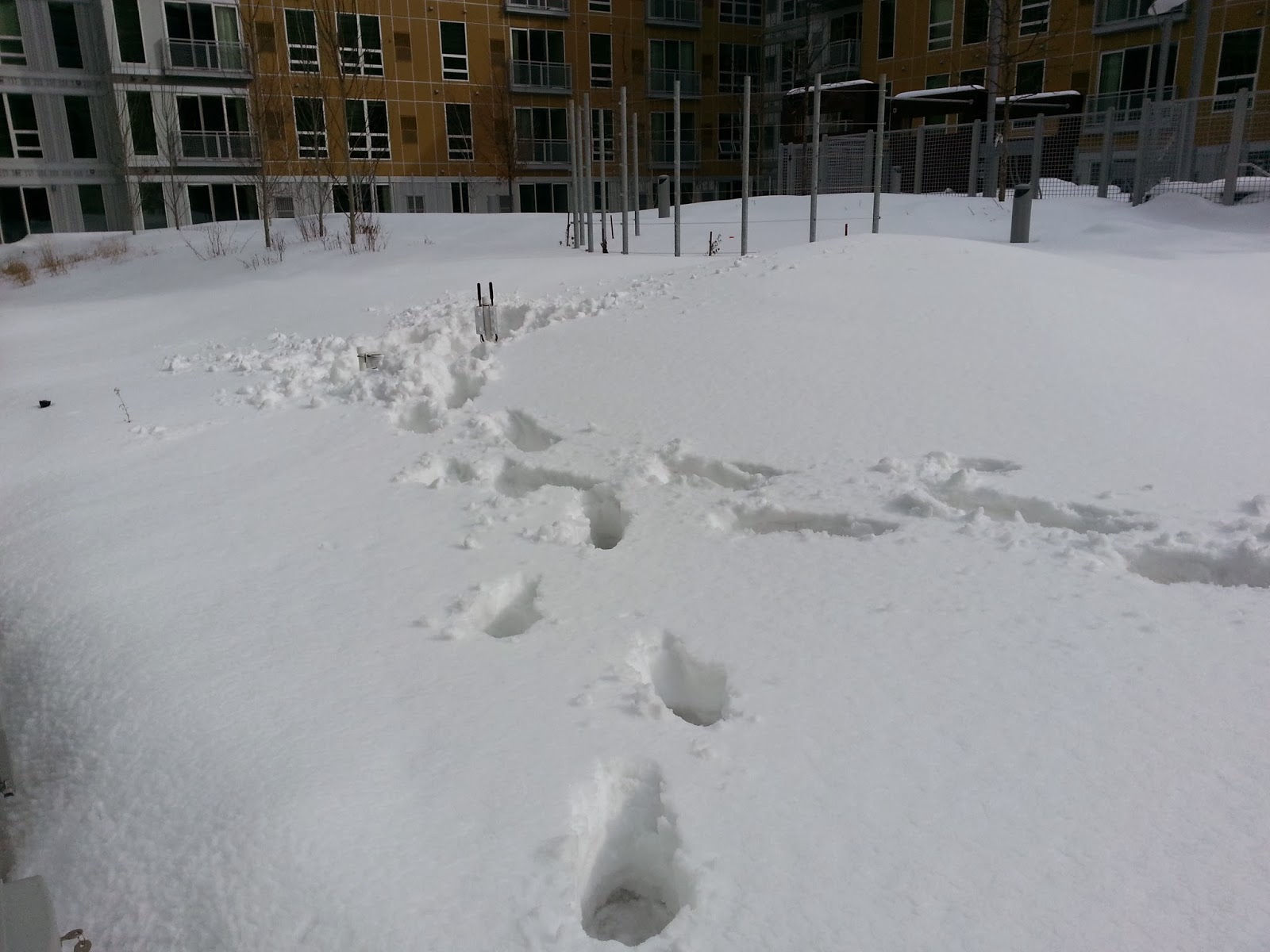 up several times with further questions and clarifications.  I met with a photographer at the Penfield green roof courtyard on a super warm day in the 20s (yes, I thought 20F was warm enough to take the jacket off!).  That was quite funny because the roof was not touched all winter, there were no clear paths through the snow!  So we trudged, with hearty laughter, across 3’ deep snow to get to the instruments (buried) in order for the photographer to get the shots he was asked to take.

As a side, this was also the first time I had a chance to meet the Penfield property manager and property rental team.  I was happy to educate them a little on the green roof, and what research we are collecting to compare against the gravel roof above.

The article turned out great! Having worked with the press in the past, I was a little nervous what Nick was going to focus on, or if I’d look too opinionated on a topic.  None of that happened, and I felt the quality of his reporting was very thorough as he asked other professionals for clarification and fact checking. There were few things incorrect, but I think that’s to be expected.  I found it comical that he suggested I went to University of Michigan, when I actually got my MS from Michigan State.  This is probably the most commonly confused affiliation within the entire green roof industry!  And, it was quickly caught by others in the industry who also claim SPARTANS!

So, Nick, thank you for shedding positive light to AD Greenroof and the industry as a whole!
I’m attaching the article so it’s forever available.  Enjoy!

Posted by Green Pioneer at 6:21 PM