Dot your "Eggs" and cross your Ts!


I thought I’d deviate during this month’s post.  One of the intents of the blog is to share my experiences during green roof construction and design.  Another is to dive into how I’ve had to deal with the other aspects of selling and maintaining roofs- the marketing and PR.  Since green roofs were such a hit (and they still are, but with a bit less star power) I would get caught up in their drama at times too!
We had a customer who had recently installed a green roof.  I was up for a routine maintenance visit and noticed some waterfowl had created a nest, and the mother was protecting it closely.  I was thrilled!  This is one of the interesting things about green roofs- they will create biodiversity whether the building owner wants it or not.  It’s just nature finding its niche.  I called up the local paper thinking this would be a great story!  They wrote a brief article and posted it in the paper the same week.  From my perspective, it seemed I had done a great thing to promote green roofs in the area- especially because this roof was not accessible. 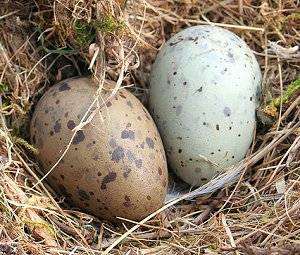 I was wrong.
I got a phone call from the PR department, very upset that the public was now aware of this nest.  (Ironically, the PR folks didn’t know about the green roof before the article printed.)  The building was an aquarium (and again, I was thinking they would enjoy the environmental stewardship promo).  However, there was threat of avian flu at the time, and they were more concerned about protecting the animals in the building than the waterfowl nesting on their roof. In fact, the facility manager was so mad about the waterfowl (possibly harboring disease) they decided to remove the nest and the mother.  Not good PR from their perspective.  And I shouldn’t have opened my mouth.  Lesson learned.  Get permission from the owner first before promotion.
Realistically, that really made me mad- not at the facility manager specifically- but the situation.  Why would they install a green roof if they didn’t fully understand what could, and would, happen?  And who is “THEY” anyway?   Who was supposed to understand the bio-diversity perspective, the cost for maintenance, and how maintaining the roof may affect water quality.  Clearly, the decisions made about installing the green roof up front did not involve all people who would have to “deal” with it.  That’s a scary reality that is, unfortunately, common.

In Europe, the mindset is very different from American's idea of how green roofs should function.  They often design to create habitat for specific wildlife.
Eventually, after our maintenance term was up, the facility manager decided a staff horticulturist could handle the green roof maintenance.  Problem was, the individual had experience in maintaining tropical plants.  (Same thing applies for me- just because I’m a horticulturist doesn’t mean I could take over a rainforest ecosystem!)   I am not sure if the green roof is thriving.  A couple years ago I read another article boasting this new maintenance they are doing on their own.   I suppose the aquarium wanted this PR.  However, it looked fairly weedy and the article was very general in nature.  Hm.

The coolest thing about maintaining the roof was its accessibility.  The aquarium building had tight security as one would expect.  But, to get to the roof, I needed to be escorted behind the scenes.  That’s right!  The animal cages, small aquariums, and scientists working under florescent lights.  The tanks of living prey kept alive for feeding time for the predator species on display.  The “replacement” species- I guess they need to make sure they always have enough frogs and goldfish on display at all times, haha.   A security guard over time took a liking to me, and gave me the grand tour one afternoon.  If you ever get a chance, take someone up on the “behind the scenes” of a building, or exhibit, or even an art gallery.  You never know what you may discover!
Posted by Green Pioneer at 3:55 PM No comments: Links to this post